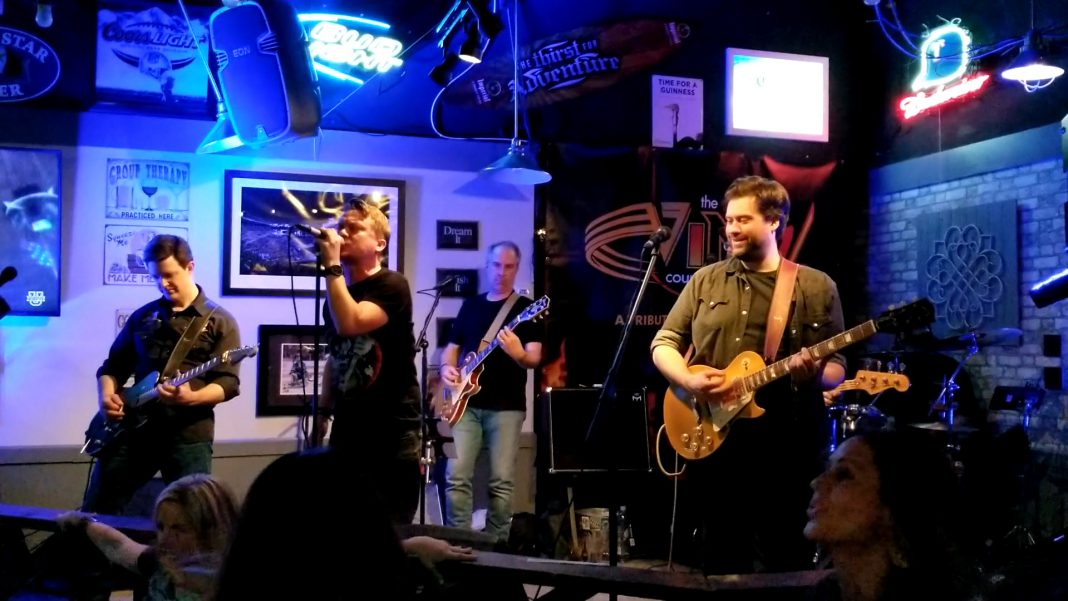 We have been reliving our youth with the great tribute and cover bands in the North Texas area, and we found another great band – The Vinyl Countdown.  The event was at II Brothers Grill and Bar in Plano, a good venue with the benefit of no cover and shows that last until after midnight.

The Vinyl Countdown started out with some good tunes, Led Zeppelin, Aerosmith, and a couple of rarely heard songs like Ah Leah by Donnie Iris, Jane from Jefferson Starship and Heavy Metal from Sammy Hagar.  It was a good mix of 70’s and 80’s.  The crowd was pretty laid back for the first set until the band belted out Any Way You Want It by Journey and the dance floor filled up.

After that, things were on a roll and kept rockin’ the rest of the night.  Set two had everyone on the floor to Guns n Roses, AC/DC, Motley Crue, Def Leppard, Bon Jovi, Whitesnake, and more Journey.  The band has a phenomenal singer who repeatedly blew us away with those iconic high notes (think Aerosmith – Dream On and Whitesnake – Still of the Night).  Since the Vinyl Countdown has three guitars and one bass, their sound is big and loud and awesome like arena rock should be! 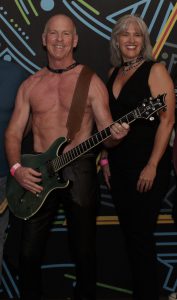 The final set gave us more heavy metal tunes including an interesting mix of Metallica’s Enter Sandman and Michael Jackson’s Billy Jean – not a combination I would have ever thought of, but it worked.  More AC/DC, Van Halen, and all those great fist-in-the-air rock anthems we love.  This band has serious endurance with three sets at about an hour each.  I personally got a great workout after 2-3 hours of dancing.

The Vinyl Countdown
a Tribute to arena ROCK

The Vinyl Countdown is a local band in Dallas.  We were glad they came our way to Plano, and we plan to mention them to other venues in this area.  Their playlist is broad and even with three hours of show, there was a lot we didn’t get to hear from their repertoire.   We are ready for the next show – don’t miss this great band!  Check them out on Facebook https://www.facebook.com/TheVinylCountdownDFW/

Cherry Bomb – A Tribute to the Women of Rock

Newspaper is your news, entertainment, music fashion website. We provide you with the latest breaking news and videos straight from the entertainment industry. Fashion fades, only style remains the same. Fashion never stops. There are always projects, opportunities. Clothes mean nothing until someone lives in them.
Contact us: contact@yoursite.com
© Newspaper WordPress Theme by TagDiv
MORE STORIES
Entertainment

surfisland - December 10, 2021 0
Once again the North Texas area is proven to have the best tribute bands in the nation. Wild Boys keeps the 80's decade alive....