The Tea Party movement turns out to be an honest, selfless effort of citizens who want to continue the freedom and prosperity that was handed American citizens. Local meetings often begin with prayer (to God), followed by pledges before the American and state flags. Invited speakers come to inform audiences on various political issues of the day. Opportunities for book signings and photos with celebrity guests are quite common. More important is the access to local officials and candidates who frequent these meetings. Attendees have the opportunity to engage one-on-one to ask questions and share their opinions.

“We hold these Truths to be self-evident, that all Men are created equal, that they are endowed by their Creator with certain unalienable Rights, that among these are Life, Liberty, and the Pursuit of Happiness….”

This is it people. It is us “We The People” that must come together and take control our own destinies.

Phrases like “silence is consent” and “evil prevails if good men (and women) do nothing” take on deeper meaning as activists become knowledgeable and involved in the political process. 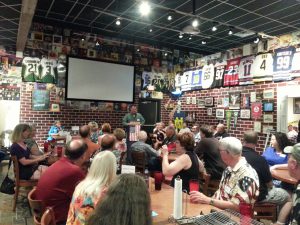 Why we must be Activists

Accountability.  We all know the power of accountability to help us stay on track and achieve goals.  Accountability keeps our desires in check and helps maintain order.

The Tea Party movement started in 2009 as an outcry against higher taxes and government bailouts of failing mortgages.  “Taxed Enough Already” was the TEA in tea party.

The tea party gained momentum amid concerns over the policies of Barack Obama, as well as dissatisfaction with the lack of performance by establishment Republican politicians.  Tea party activists (who started out as political novices) got involved and learned how to navigate and influence the process.  From being watchdogs to working the polls during elections, to attending town halls and legislative hearings, to sponsoring and working for candidates, tea party members have had a lasting impact on local, state and national politics.  Today, tea party patriots are no longer novices and they continue to work within the political system and hold elected officials accountable for their votes.

An example of the influence of tea party activists is noted in the Encyclopedia Britannica “the The 2010 midterm elections saw the Republicans gain approximately 60 seats to take control of the House and reduce the Democratic majority in the Senate. Many observers credited this performance to the interest and enthusiasm generated by the Tea Party, and over the next two years the Republican Party endeavored to bring Tea Party supporters into the Republican mainstream and to avoid the fratricidal competition that had cost them a number of races in 2010. One notable addition to the 2012 Republican Party platform was the inclusion of language opposing Agenda 21, a United Nations (UN) resolution that promoted sustainable growth and that some Tea Party activists believed represented a UN plot to subvert American sovereignty. In addition, both Rand Paul and Rubio were featured in prominent speaking slots at the 2012 Republican National Convention.”
Encyclopedia Britannica

Despite many so called pundits declaring the demise of the tea party movement, we are alive and well and working to promote the values of limited government, fiscal responsibility, personal responsibility, national sovereignty and the rule of law. 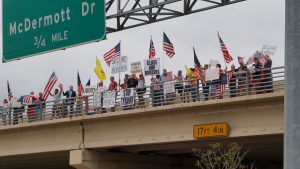 Republican Precinct Convention – what is it and why is it important?

Republican Precinct Convention – what is it and why is it important?

Newspaper is your news, entertainment, music fashion website. We provide you with the latest breaking news and videos straight from the entertainment industry. Fashion fades, only style remains the same. Fashion never stops. There are always projects, opportunities. Clothes mean nothing until someone lives in them.
Contact us: contact@yoursite.com
© Newspaper WordPress Theme by TagDiv
MORE STORIES
Politics

Republican Precinct Convention – what is it and why is it...

surfisland - March 14, 2020 0
In March after the primary elections are over, voters gather for precinct conventions.  These happen either the night of elections after the polls close...